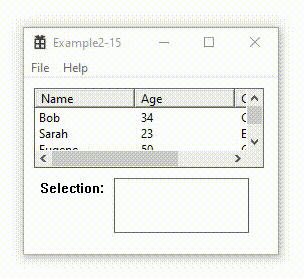 You can do many things with C++, and some have built the fastest programs on a Windows computer with this IDE.This book shows how to start programming Windows Desktop C++ Win32 API applications. C++ is the native desktop client for Windows desktop programs, which means that the programs are fast. All other programming languages have likely been programmed in C/C++, which makes C++ the core language. There are many books that start with command prompt programming in C++ and with much of the world interacting with forms. This books focus is to learn Visual C++ with forms (windows). Most programmers have learned programming with another language and wish to understand more of the C++ language.

This book “I Wish I Knew How to … Program Visual Studio C++ Win32 Forms on Windows Desktop” goes into the numerous programs that can be built to interact with many types of interactive programs.This book uses the latest Visual Studio 2019 IDE newest version of the Windows 10 Operating System.

The ‘I Wish I Knew’ series contains technical data and advice that makes sense and contains practical and numerous examples with explanations to allow you to ease into the steep programming curve. There are many electronic examples and the book also has many references to the Stretch Linux Operating System that is used with the Raspberry Pi.

You can start building your own C++ programs today!

Click to download the C++ Table of Contents, which has a listing of all of the examples in the book, many of the terms, and commands used in the operating system.

There are 11 chapters with more than 300 pages with over 55 example programs/snippets of code.

Examples include creating controls, a new window, Colour Dialog, Month Calendar, Listview, working with SQLite databases and much more.  Many screenshots have been added to show the results of the code with an index to help find topics quickly.

It is assumed that you have an intermediate understanding of a programming language before trying to program in C++.

This ebook is a pdf formatted document and all examples include C++ code. This is one of many books which can be purchased at Xojo Library.